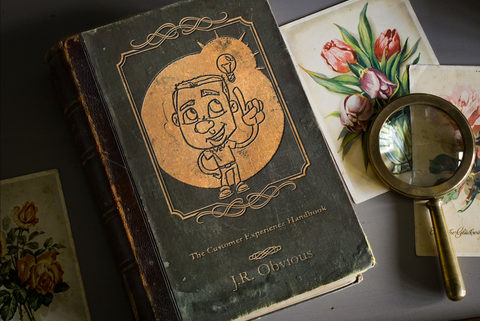 We love a good panic as much as the next bunch. But we have to admit we’re not precisely sure what all the fuss is about when it comes to customer experience, particularly in the insurance industry. We completely understand its justifiably increasing importance. But self-service portals have been around long enough to have become entry cards or table stakes for most insurers and their software vendors. And mobile apps have proliferated quickly enough to have become de rigueur. So, what’s up?

Digits By the Numbers

81% of companies expect CX to be the key battleground in the race for market dominance. Meanwhile, a McKinsey study shows that a whopping 70% of consumers base their opinion of a business on the quality of its CX. The importance of customer experience is true across product and service categories, and even more so when providers are selling intangible benefits … Digitization effectively shifts the focus from antiquated, manual processes to consumer-focused, digital processes.

The post refers to claims processing specifically, but its generalizations abide across all insurance transactions and interactions. But if insurers are conducting business on the Internet — if they’re already making information accessible and interaction possible with portals and mobile apps — isn’t that digitalization? We grant that more automation might be warranted. The refinement and extensions of automated processes are always evolving and improving.

The modern binary number system, the basis for binary code, was invented by Gottfried Leibniz in 1689 and appears in his article Explication de l’Arithmétique Binaire. The full title is translated into English as the “Explanation of the binary arithmetic”, which uses only the characters 1 and 0.

Granted, it took a while for those two digits to comprise the substance of our computer and mobile-phone communications. But we’ve clearly been at this for a while. It makes you wonder how it ended up in the spotlight now, doesn’t it?

We don’t know. But what we do know is that digitalization is well underway. The customer experience improves with every incremental expansion of digitalization. And anyone who’s not playing the digitalization game is not going to win the Customer Experience Sweepstakes.

Since it’s 2020, chances are you’re already in the game. Everything else is a matter of degree.

When Should You Pull the Plug?

Three Things Your RFP Won’t Tell You
Scroll to top